I have a 1969 Sea Raider that I bought earlier this year. 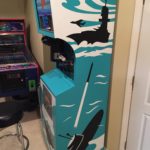 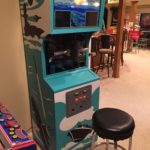 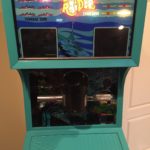 It has been mostly restored already as you can see from the pictures.  It does need some minor work, but it is in good working condition.   The top back-glass is in pretty good condition, but the windows that observers can watch you playing your game through are a little scratched up – I think probably from someone scraping off a sticker or tape with something that was too sharp.   The bottom back-glass is in very rough shape.   I’m not sure if someone tried to clean off the back of this glass and removed the paint, or if it just fell off on its own, but either way, it’s difficult to make out most of the original art.   I’m not sure if I will get these reproduced or not. 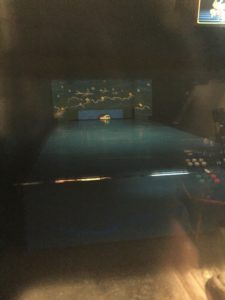 View through the observation window

This is another game I remember from the skating rink when I was young.  Probably from 1975-1979.

It is completely electro-mechanical except for the sound.   It has some simple circuits that produce 1) a sonar “ping” sound, 2) a torpedo “swooshing” sound of the torpedo launching and going through the water, and 3) an explosion sound when the torpedo hits a ship.

This game’s sound is working, but the explosion didn’t sound like I thought it should.   It would make 2 quick ‘banging” sounds that were vaguely like an explosion, but just not like what you’d hope for.   When you are firing a torpedo and hit another ship, there is a certain satisfaction that comes from a good explosion, so this had to be fixed!

I found an article where someone else was documenting repairing the sound on their Sea Raider.    Luckily, the parts were all present on my machine. 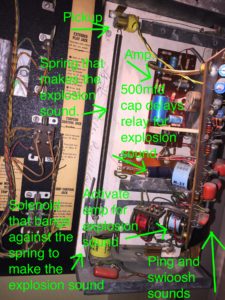 In my game, the 500mfd capacitor had been replaced (I could tell because it was newer, plus it wasn’t soldered in (also, it was only 470mfd).   I guess the previous owner must have been trying to fix it also.   But even though they had replaced the cap, the sound still wasn’t quite right.   I started to do some diagnosis.   I tried larger and smaller value caps with no change in the sound.   Then I tried with no cap – same sound.   Obviously something else was wrong. I didn’t have a schematic, but as far as I could tell, there was only one other component in the that circuit – a really old diode.  This picture shows the cap and diode. 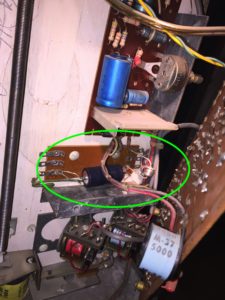 I figured the diode had to be bad so I removed it and tested it.   It measured 2 ohms resistance in both directions… that’s not right.   I looked up the specs and found a similar diode in my stock and soldered it in.   That was it, now the sound was working correctly.   I think I need to go up to a 500mfd cap because the game is supposed to have a 2-3 second explosion, but the delay I’m getting with the 470 is about 1.5 seconds.   A little longer would be nice, but I don’t have a cap rated at the right voltage on hand so that will have to wait. 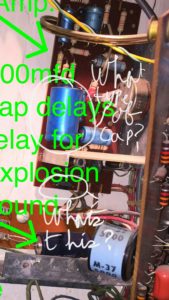 Close of up cap circled above.   I twisted it around to see the writing on it. 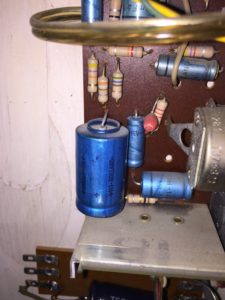 The cap circled above looks to be a 1000uf 25v electrolytic.

The other item circled looks like a diode with “H640” written on it.   Here’s a picture. 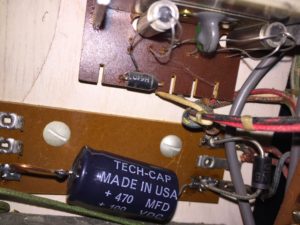 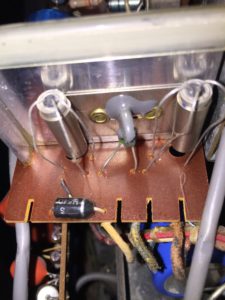 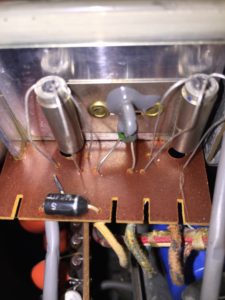 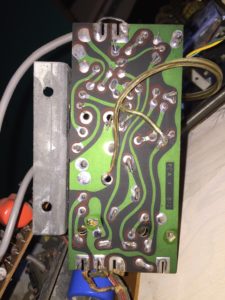 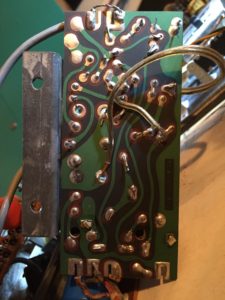 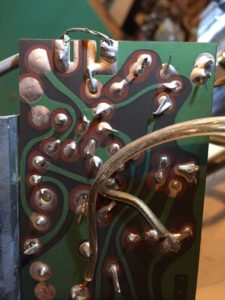 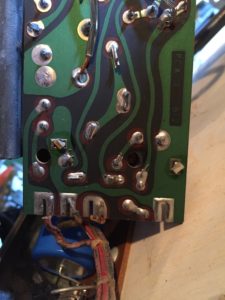 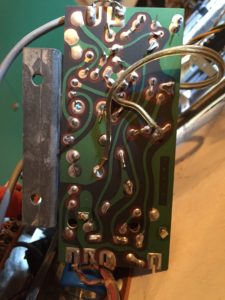 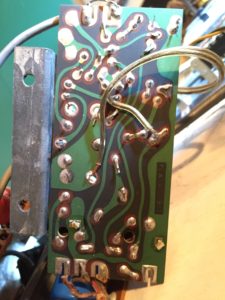 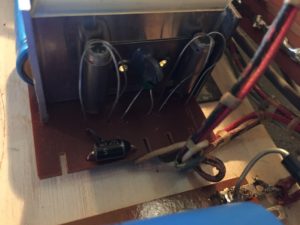 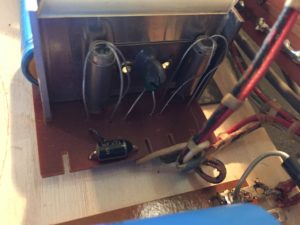 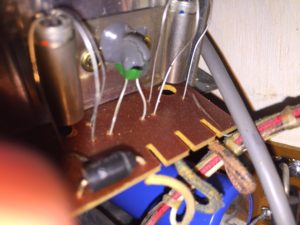 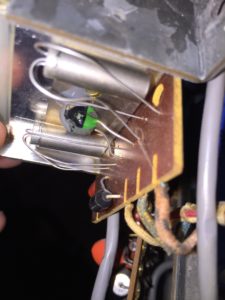 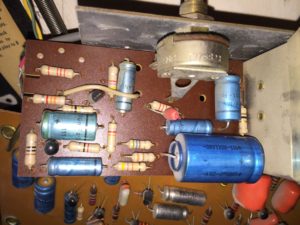 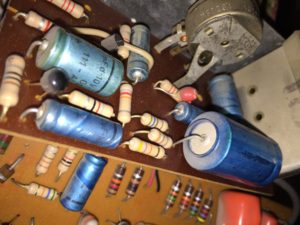 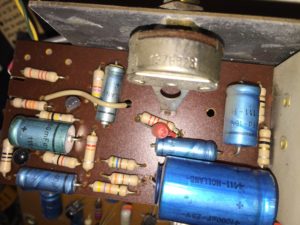 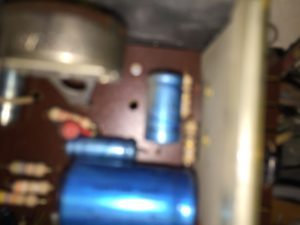 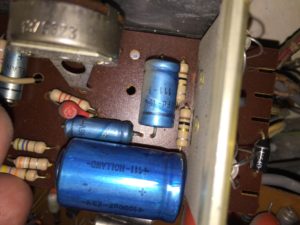