If you are like me, your childhood and young adulthood were spent in the 70’s and early 80’s.   Where I grew up, in Beavercreek Ohio, one of the things my friends and I loved to do was go roller skating on friday nights. 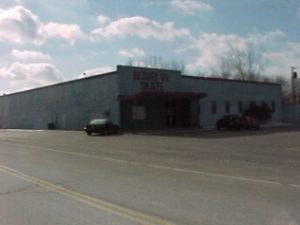 Our roller skating rink – Beaver-Vu Skating Rink – was behind the bowling alley (presumably run by the same people), and had all kinds of fun stuff to do.

I remember looking forward to friday night, being excited about the possibility of meeting a girl to skate with on the “slow skates”, where they would play slower songs, turn the lights down, turn on the disco ball, and you would hold hands for the length of one or two songs, and then each go back to your friends to share details of the experience.

Our skating rink had a snack bar along with pinball and EM arcade and video games, foosball, and pool.   I don’t remember for sure but I believe my parents would usually give me enough money to get admission, rent skates, and then I would have enough left over for some snacks and a few games.

A typical night for my friends and I would be that we would all pile into one of our parent’s cars, and they would drop us at the skating rink around 5 or 6.   We always hoped that our friend Craig’s mom or dad would take us, because they had a station wagon that had more room, and if you sat in the back you could make faces at people driving behind you.

We’d pay the admission and then just have fun.   This was so exciting because we were on our own – no parents!

A typical evening would be filled with alternating between some skating and improving our skills at roller disco, arcade games, foosball, snacks, and watching the girls skate around the rink.

I could never master dancing on skates, probably because I can’t dance off skates either.   I could get funky every once in awhile, but that would usually end up with me wiping out on the concrete floor which wasn’t fun and usually very painful.

I don’t remember all the games that our skating rink had over the years I went there, but I do remember this is where I first saw Asteroids, Space Invaders, Gun Fight, Speedway and a bunch of other games I can’t remember now.

I remember the older kids totally killing us at foosball, but I learned a lot of good technique from those beatings.

If I remember right, the parents would come to pick us up around 11pm which was when the rink closed.   I believe the last skate was the final slow skate, so if you hadn’t found a girl to skate with by then you were out of luck for that evening.

Digital Cameras or cell phones weren’t something we even dreamed of back then, so I have no photographic record of these times, but in doing a little research, I found some pictures posted on CNN from a book that Bill Yates recently wrote.   I remember our roller rink being a little more modern, instead of wood floor etc. ours was concrete and cinder blocks – but otherwise the bell bottoms, everyone smoking, etc was the same.   Something like this… Even Farrah Fawcett was into it!

Sadly my roller skating rink closed sometime after I moved from the Beavercreek area in the early 1980s. It’s now empty and for sale. I suspect that roller skating was largely displaced by the opening of the mega shopping malls in the 80s. It’s ironic to see these malls now being displaced and empty/for sale as well. I guess it’s true that change is the only constant.

Anyway, thanks for reading and sharing some fond childhood memories.