I really wanted a baseball game and I looked for a long time at all the various models that have been made over the years.   I like EM baseball games, but as I continued to look at them I realized that having a two player game with lots of extra features like multiple pitches, stealing bases, and some of the other fun stuff the ’91 William’s Slugfest has that that was really the machine for me.

I had to replace some of the buttons, and the lockdown bar decal, but other than that this machine just needed a through cleaning (as it had been in a pizza restaurant and and that oily grease from cooking tends to get on the surfaces and then collect dust/dirt.

One thing I did was to replace the under-playfield lamps for the “Double”.   Because these were a dark blue color, regular 555 light bulbs wouldn’t light as bright as the other playfield lights.   I ended up using 3 led bulbs which worked great! 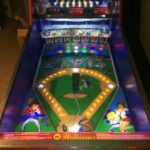 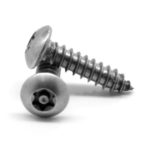 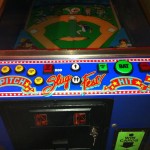 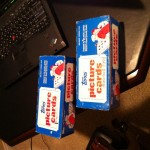 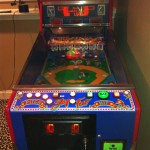 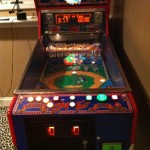 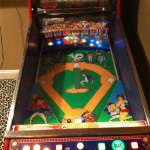 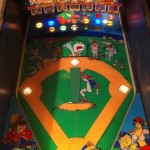 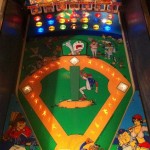 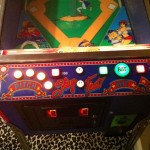 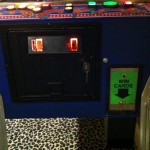 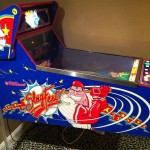 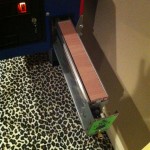 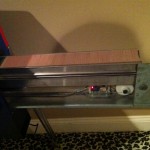 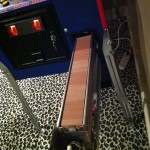